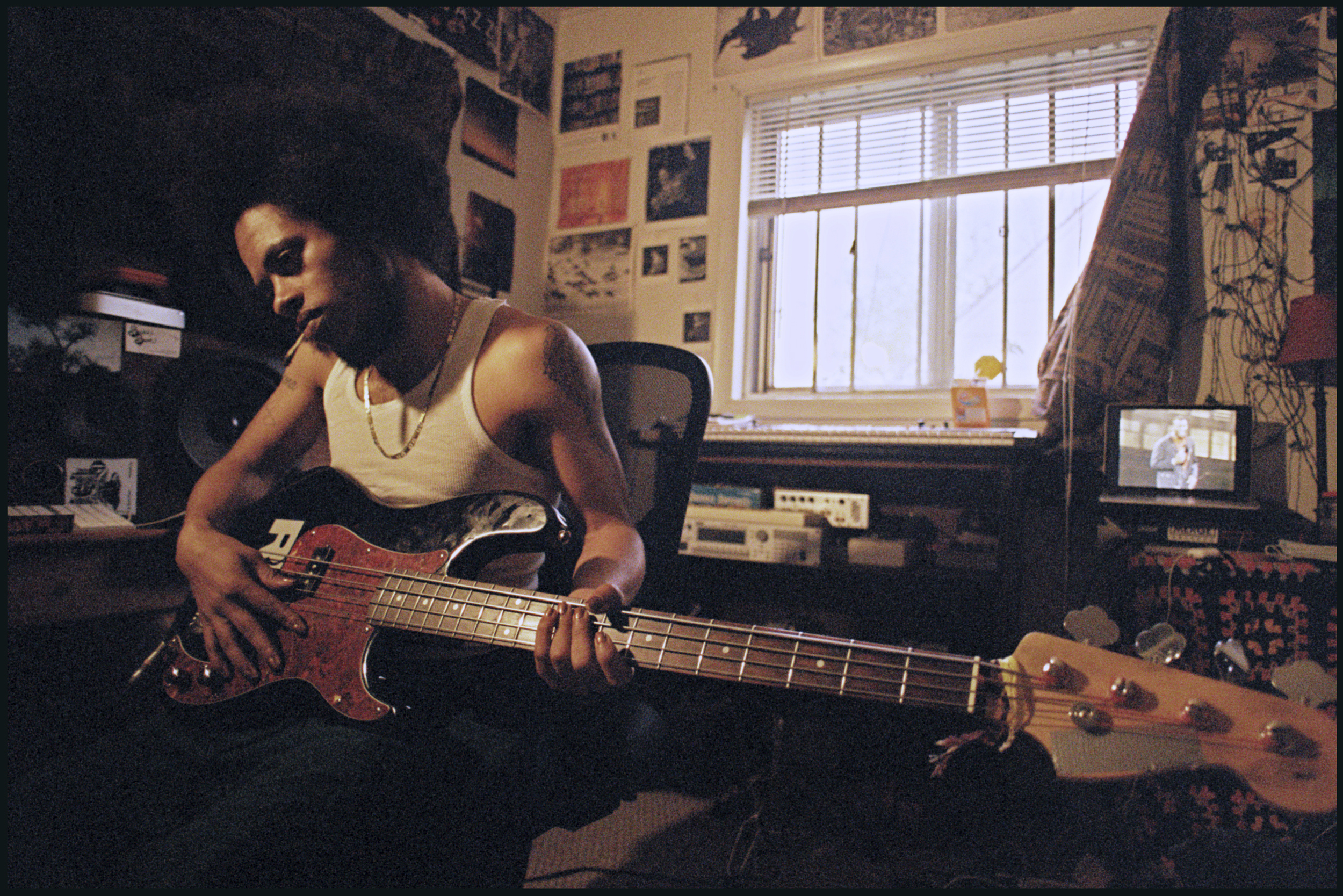 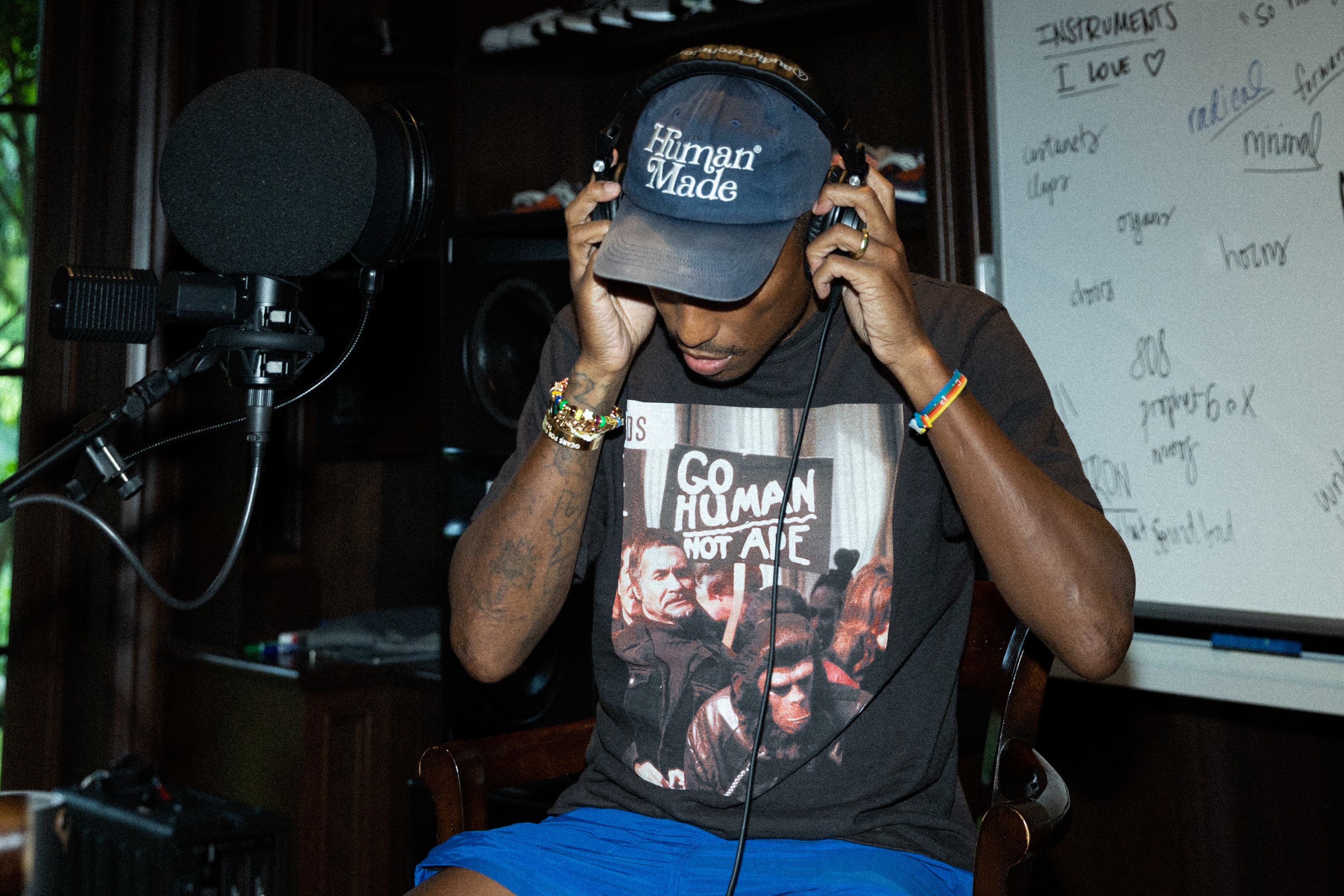 Human Made
Pharrell Williams in his home studio. 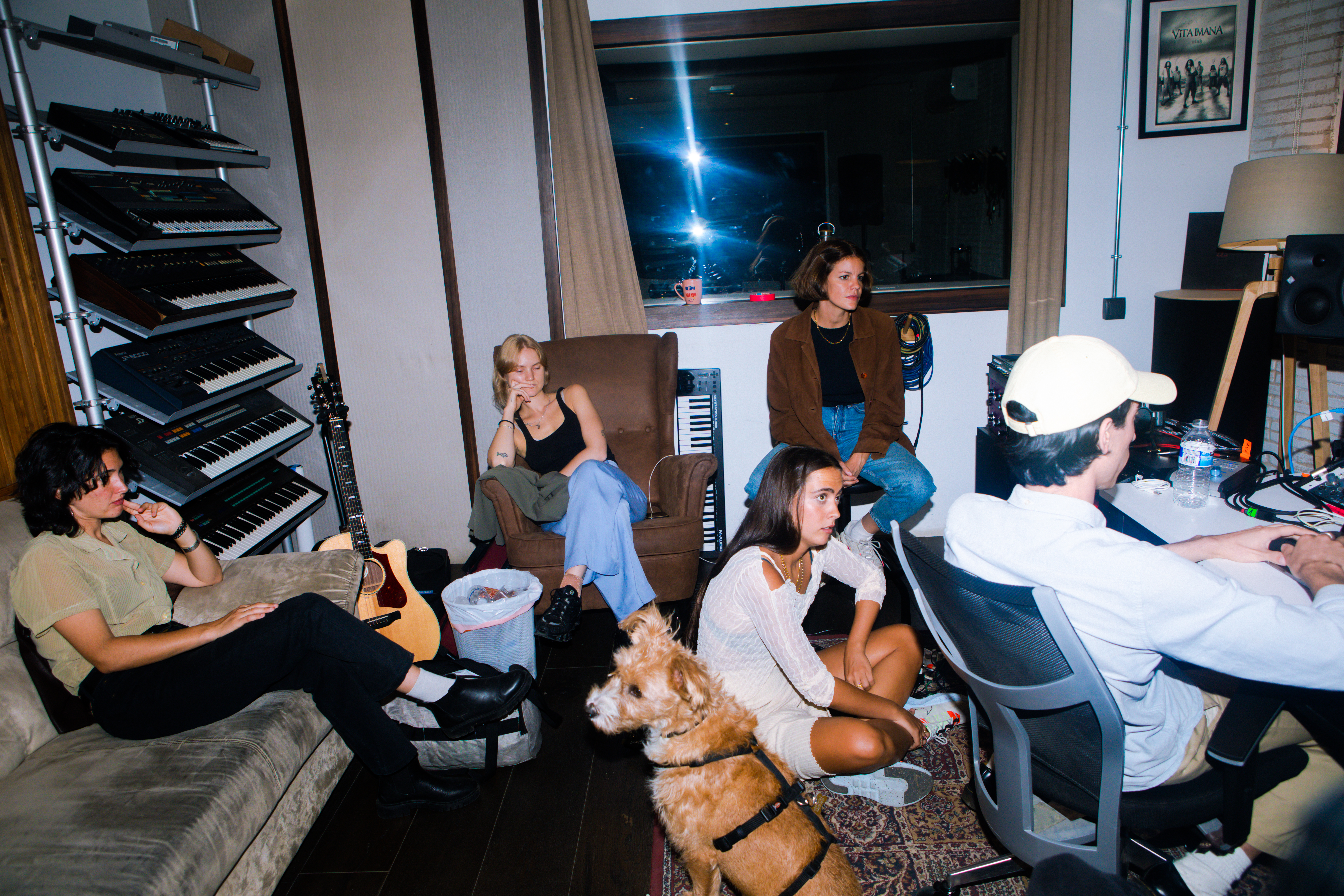 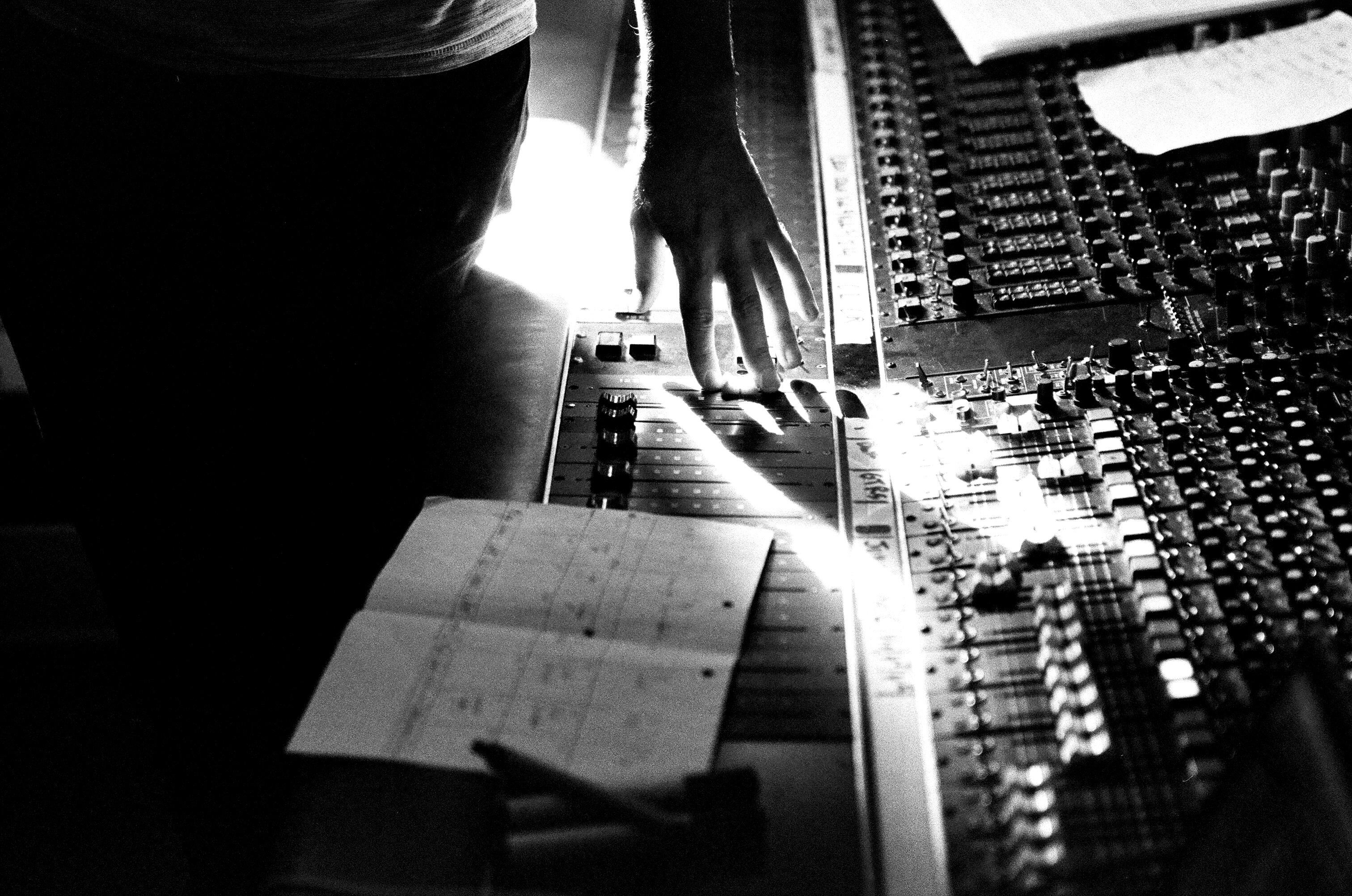 Rhys Lewis by Nat Michele
An on-going series of images in to the relationship between musician Rhys Lewis and his producer Aidan Glover working from their south London studio, all shot on film by Nat Michele. 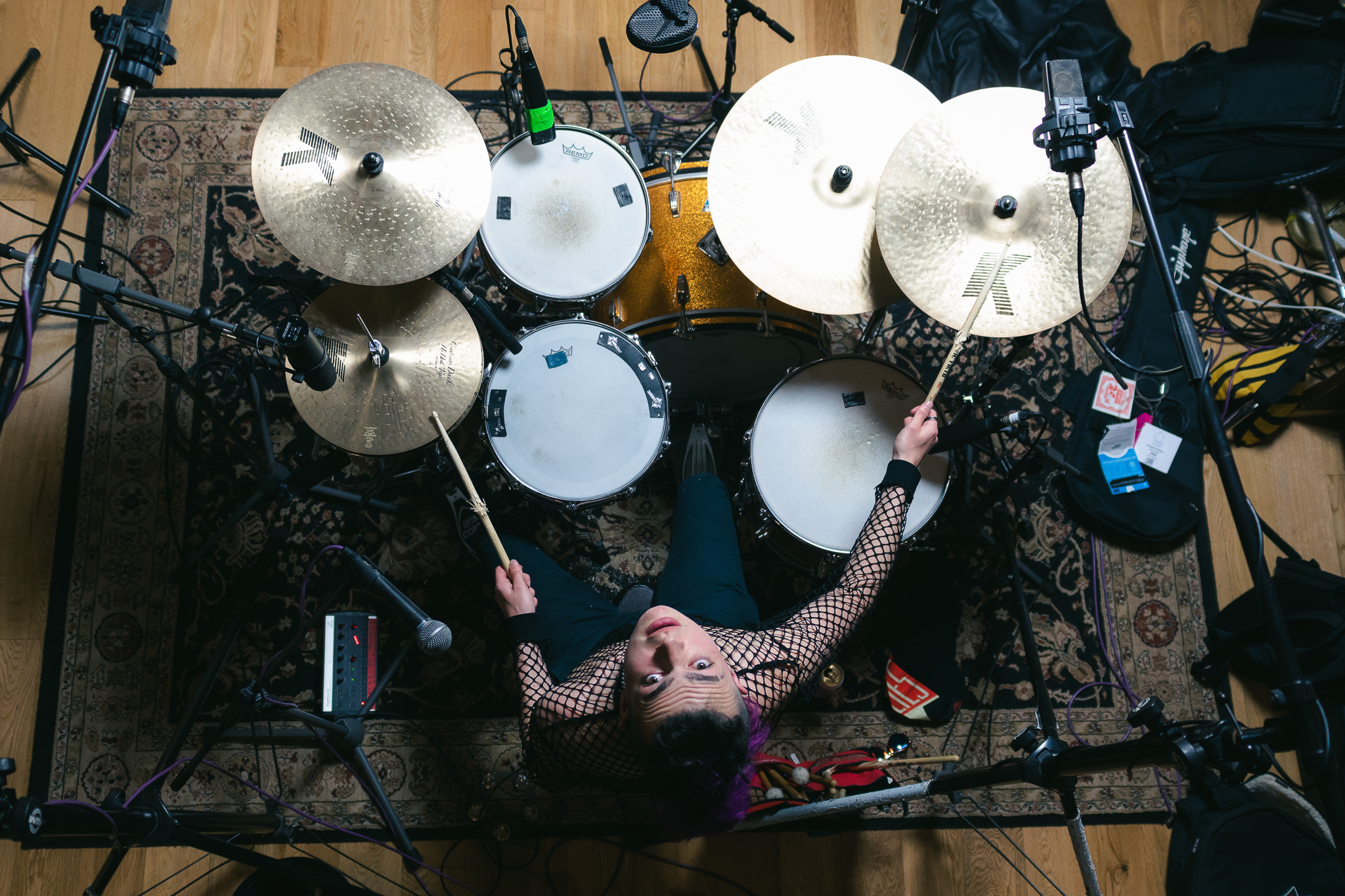 Overhead Drums
A shot of Connor recording the drums for the new songs. There was a landing above the drums which is where the shot was taken from.