On Top of the Hill
Close friends of mine (pictured) after we had decided to take to the rain-soaked streets for a night-time stroll.

Blosh
Josh made the ribs, I took the photo. 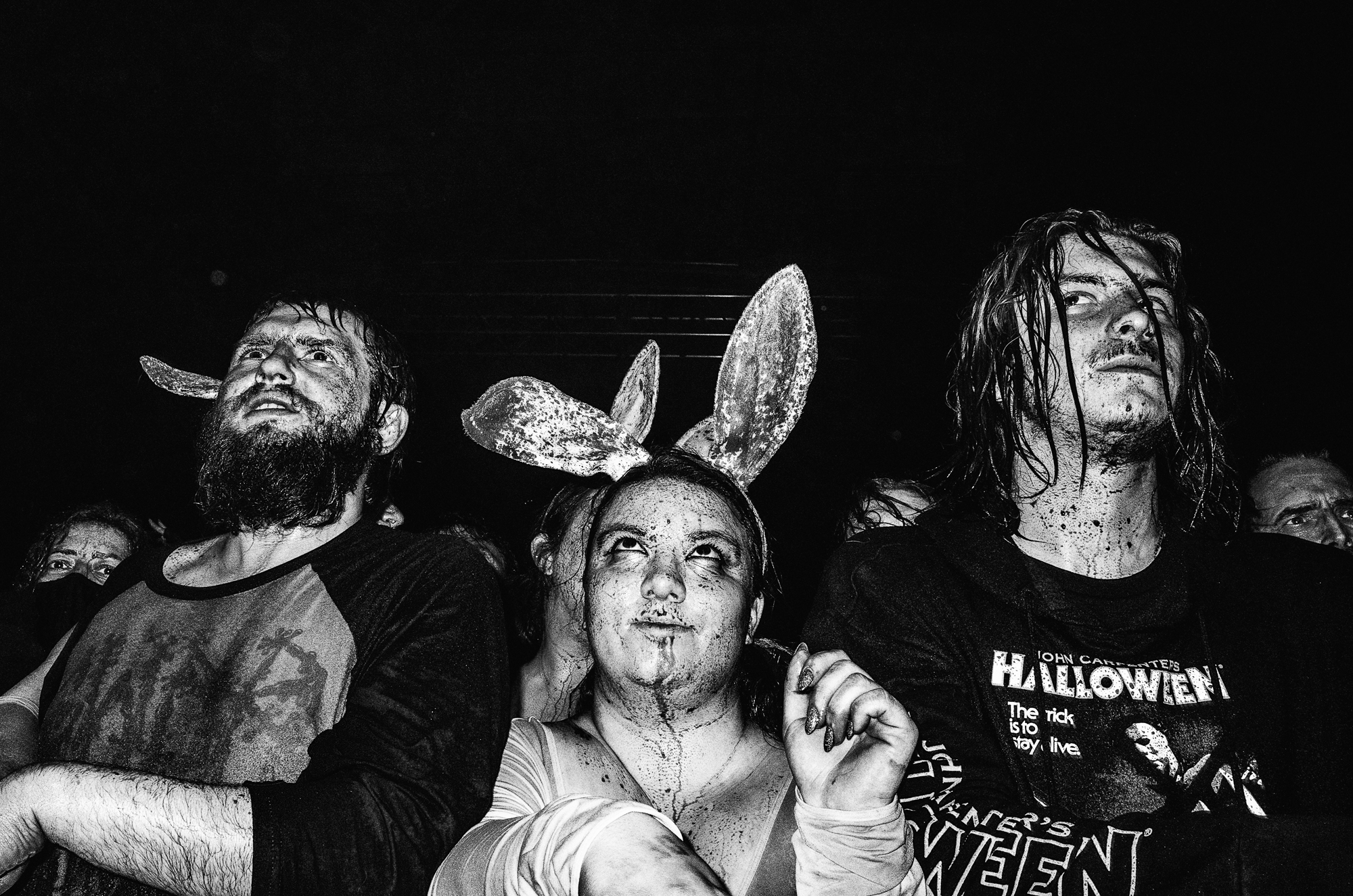 Audience at GWAR
Front row audience members covered in fake blood at a GWAR show at the 9:30 Club in Washington, DC.

Tintz
This image was taken for Tintz' relaunch. After losing his social media accounts to hackers, he lost all of his content, so we worked together to create some new images which well represented him, to go alongside his music.

A LEG AND A WING
A dancer is lifted on stage by their fellow dancers as Homobloc 2021 was in full swing.