Today, Abbey Road Studios, the world’s most famous recording studio, announces the inaugural Abbey Road Studios Music Photography Awards 2022 in association with Hennessy - the first ever awards to celebrate the art of music photography. The MPAs will recognise the year’s most unforgettable, unique and unsung music moments and the varied and talented photographers who captured them. The winners will be unveiled and celebrated at an official MPAs ceremony in May 2022 (exact date to be confirmed), hosted at Abbey Road Studios.

Over its extensive 90-year history, Abbey Road Studios has served as home to the legends who defined music history and shaped popular culture. The Studios have remained a consistent space of innovation and creativity, with a legacy that extends beyond music, through images that have immortalised artists and producers. This includes perhaps the most iconic album cover in music history – four men walking on a zebra crossing.

In celebration of Abbey Road’s 90th anniversary, the MPAs will honour the images that capture the magic of live music, the creative process, and the exciting music scenes and movements taking place across the world. The awards will recognise photographers at all levels - whether established, emerging or undiscovered – via open-entry categories as well as categories chosen by an esteemed judging panel made up of artists, photographers and influential names across the global music and photography industries.

Abbey Road Studios invites professional and emerging photographers from all around the world to enter the four open-entry categories titled Studio, Live, Championing Scenes and the Undiscovered Photographer of the Year, while the judging panel will choose one of these entries for the Zeitgeist award. These categories can be entered by photographers at all stages of their career via the official MPAs website.

Alongside these are four invited category awards, with the nominees and winners chosen by the official judging panel - made up of photographers, artists and experts within the music and photography industries. The official MPAs judging panel will nominate, debate and award these categories - each bringing to the table their own creative eye and expertise of the global music and photography industries. The invited categories are titled: Icon, Portrait, Editorial and Artist at Work. 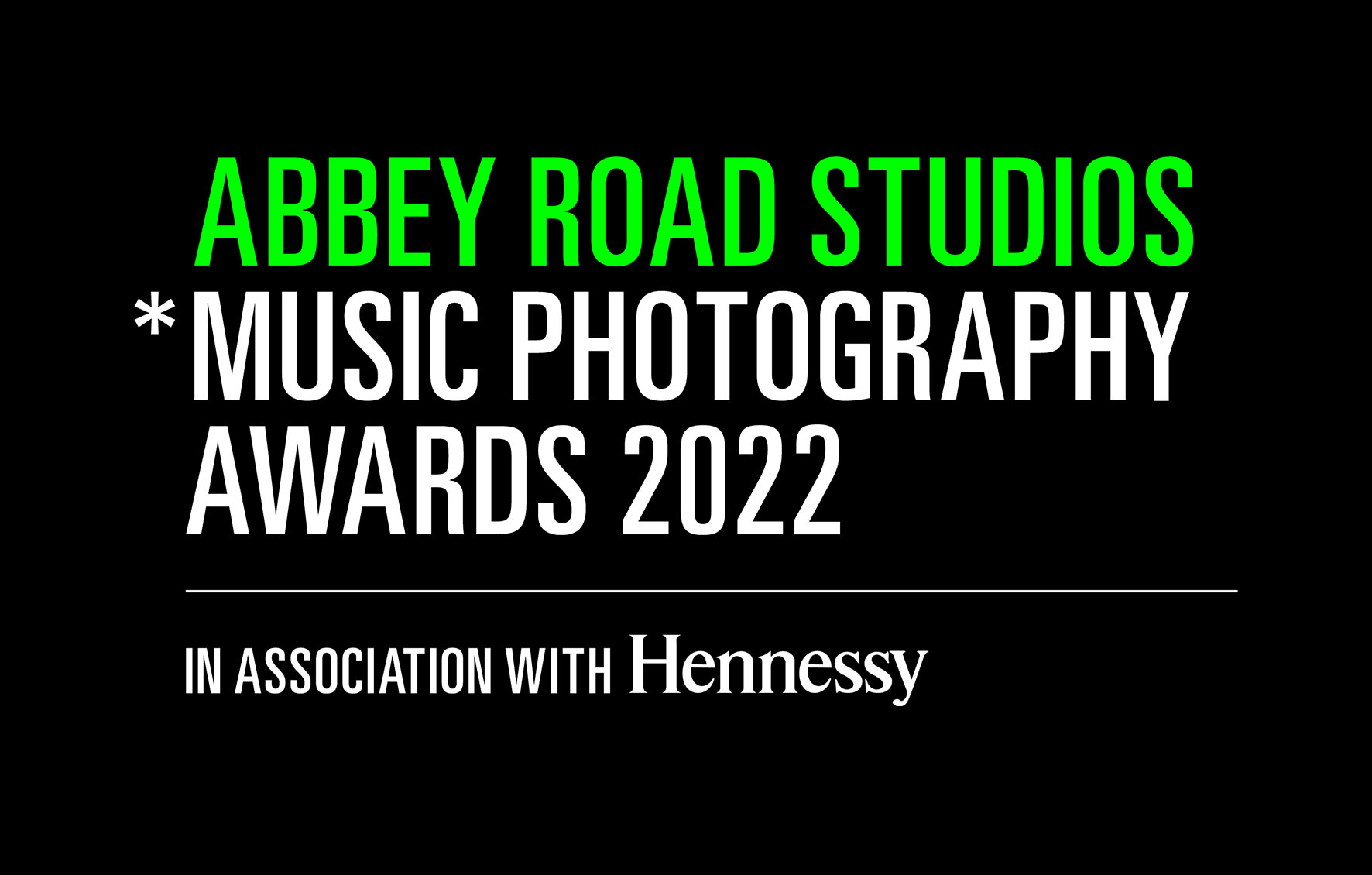 Helming the inaugural Abbey Road Studios Music Photography Awards 2022 judging panel is legendary photographer, publisher and film director Rankin. Alongside a globally successful career as a photographer and director, Rankin established himself in the publishing world as co-founder of seminal title Dazed & Confused, with Jefferson Hack, in 1991. Since then, Rankin has published titles including AnOther, AnOther Man and the biannual fashion and culture print and digital platform, Hunger, alongside more than 40 books.

Rankin’s career has seen him work seamlessly across both fashion and music - directing and shooting music videos for the likes of Miley Cyrus, Rita Ora and Kelis and shooting portraits of everyone from David Bowie to The Rolling Stones and The Queen. His photography has been published globally in titles including Vogue, Esquire, GQ, Rolling Stone and exhibited in galleries globally.

"Throughout my career it’s always been really important for me to support emerging and undiscovered talent in photography, so the opportunity to partner with one of music’s biggest and most prestigious brands in Abbey Road Studios for this year’s inaugural Music Photographer Of The Year Awards, is massively exciting. Music photography is an art form that doesn’t get the recognition it deserves, so it’s brilliant to celebrate those working in the field with these Awards. What I’m always looking for with photography is a connection with the subject matter and music has been one of my main passions for as long as I can remember, so this is a real thrill."

Joining Rankin is legendary music photographer and Rockarchive founder Jill Furmanovsky. Jill’s unparalleled 50-year career has seen her photograph many of the biggest names in rock music including Pink Floyd, Bob Marley, Eric Clapton, Blondie, The Police, Led Zeppelin, The Pretenders, Bob Dylan, and Oasis and many more. Jill has also directed videos for Oasis and The Pretenders, published a number of successful music photography books (including 2021 Sunday Times best seller Oasis at Knebworth) and notably worked as Abbey Road Studios’ photographer in residence from 2017 to 2018.

Ground-breaking Ghanaian-American singer, writer and multidisciplinary creative Moses Sumney will be joining the official judging panel. Since first emerging in 2014 with his debut EP, Moses has received critical praise across the board for not only his music, but his dynamic live performances and visuals as well. In recent years, he has received a SXSW Special Jury award and UKMVA and Camerimage nominations for his directorial work. Most recently, Moses premiered his feature-length, self-directed performance film Blackalachia at the Perez Art Museum Miami during Art Basel 2021 alongside a special presentation of self-portraits. His first gallery show, a combination of video and photo work, opened at Nicola Vassell gallery in February 2022.

Moses is joined by Shygirl, a multidisciplinary artist originating from the East London club scene, with a unique vision and style extending beyond the world of music and into high fashion. Beyond her genre bending and highly conceptual music, Shygirl was the centrepiece for Riccardo Tisci’s AW21 presentation and has soundtracked shows for the likes of Mugler and Savage x Fenty.

History-making American photographer and director Dana Scruggs will also join the MPAs panel this year. Dana’s incredible career has seen her break boundaries - becoming the first black person to photograph the cover of Rolling Stone Magazine in its 50-year history in 2019 and the first black female photographer to shoot an athlete for ESPN’s Body Issue, in its 10-year history. Dana’s impressive career has seen her shoot renowned names across the music industry including Megan Thee Stallion, Janelle Monae, Mariah Carey, Travis Scott and more.

Also joining the panel is Rolling Stone’s Deputy Photo Director and photographer Sacha Lecca. Sacha has worked with the storied magazine since 2007, preceded by stints at CMP Media, the Guggenheim Museum and Newsweek magazine. His photography has been featured in Rolling Stone, Huck, Whalebone, Alt Citizen, The Photographic Journal, American Photography 36, and on various album covers. Sacha also recently appeared in Icon: Music Through The Lens, a six-part television series on the history and cultural impact of music photography, on Sky Arts in the UK and PBS in the US.

Rounding off the judging panel is Abbey Road Studios’ very own MD Isabel Garvey. Named by Fast Company as one of their Most Creative People in 2019, Isabel has led a complete transformation of Abbey Road Studios since joining in 2014. During her time at Abbey Road, Isabel has been instrumental in modernising the Studios and bringing in the next generation of studio talent - with the addition of three new studios and the launch of Abbey Road’s educational branch, the Abbey Road Institute. Isabel also led the launch of Europe’s first music tech incubation programme, Abbey Road Red, which has seen over 15 successful music tech businesses graduate.

Isabel says: "We are thrilled to launch the first Abbey Road Studios Music Photography Awards. It’s an important category of photography that hasn’t been officially recognised before and I am honoured to be able to make this happen with the MPAs.

Abbey Road’s legacy has not only come from the incredible artists and records made here, but through the iconic imagery that has captured these seminal moments and transported them around the world. I am excited to work with our panel of talented judges to find and celebrate the next generation of image makers across the globe, who are shaping the way we see music."